A Daily Dosage of Toxicity in Dota2

Our student Joe writes about his personal experiences with toxicity in Dota 2.

“Hey you donkey, you’re a horrible carry,” I said. Oh boy, did it feel great saying that out loud via the in-game voice chat. It was another weeknight and the clock was advancing well beyond 2am. This is how I unwind after the stress of yet another deadline for class at midnight. I was eating Goldfish crackers and regretted not streaming my match on Twitch as I got aggravated again. “Look at our score, we are losing” I replied, “you’re useless!” Never have I found myself being this mean to a person before to such an extent. The most that I have ever been this outraged was when my great grandmother passed away. After watching various replays of myself playing the game in order to improve my performance, I felt that I had learned toxic terms with ease. I noticed even my sentence structure slowly changing when I got ‘flamed’ by other players.

This was different from my other gameplay experiences. When I began playing Dota2, I started out practicing with bots prior to a pub-match. I was primarily scared of getting flamed at other players for being not good enough at this game. I also had high dreams and aspirations of becoming  a professional e-sports athlete one day or possibly performing at The International. Thus, prior to playing a game, I would spam (i.e., Dota 2 jargon for playing the same hero over and over) one hero I knew how to play really well. It was like a warm-up, like a few mental stretches before the game. My fingers were tingling with excitement. I was pumped. Although my practice rounds reduced the amount of toxicity that I received from other players in Dota2, there are just some players that behave negatively regardless of the situation. The bad sports and trolls. Unfortunately, I have encountered too many of them over the year.

Toxicity is the degree to which a player can damage or influence the negativity of another player. This is my definition of toxicity, anyways. I am worried that the gaming community, specifically the players surrounding real-time competitive team games, will become more toxic in the years to come if there are no actions taken to stop this behaviour, by this I mean developers taking this issue seriously.

Toxicity is an addiction. I know this because this is how I have experienced it. I slowly transitioned to become more toxic in my language and behaviour when I continued to play Dota2 (even though I believe this issue is similar in most MOBA games). I would say, I became an abusive player, complaining about tiny things over what my teammates did wrong, massive pinging on the mini-map, griefing and misusing the all-chat wheel, and naturally I never took any of the blame even if it actually is my fault (and it often is when I have time to reflect on it).

After doing some research on what was happening to me, I was glad to learn that the companies such as Blizzard, Valve, and RiotGames, who are making very successful MOBAs, are taking action by introducing “low priority” placements for toxic players. With the low priority placements, these companies encourage the players to remove their negative behaviours in-game.

Negative consequences of “toxic behaviour” led to a mind change for me. With that in mind, I knew I had to become a more positive player. Being in low priority is horrendous, it’s an absolute consternation. Being stuck in low priority has changed the way in which I have played Dota2.  “I want to get out!,” I exclaimed. The only way to escape low priority is to win a set amount of games.

If a player abandons the game, the game will not count, unless you win with at least one opposing opponent. If you are the person who abandoned the game, the consequence will increase by one with a max of 5 games being the maximum amount. After that an additional 24-hour ban will be given upon each abandon, I have yet to reach this far. Therefore, to increase the chances of escaping low priority I needed to reduce my toxicity. Throughout my experience in low priority, the best ways to reduce toxicity in games are:

A personal opinion article written by Joseph Tu, of the HCI Games Group 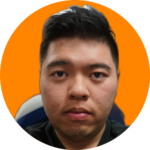 Joseph is a Master’s student pursuing an M.A.Sc in Systems Design Engineering under the supervision of Dr. Lennart Nacke at the University of Waterloo. He is currently working on an escape room board-game that uses physiological measures as a game mechanic. He enjoys doing photography.

Joseph is a Master’s student pursuing an M.A.Sc in Systems Design Engineering under the supervision of Dr. Lennart Nacke at the University of Waterloo. He is currently working on an escape room board-game that uses physiological measures as a game mechanic. He enjoys doing photography.