You are here: Home / Interviews / An Interview With Horror Sound Designer Orest Sushko || Part I – What Is A Sound Designer?
August 7, 2018 by Katja Rogers

Orest Sushko is an Emmy-nominated sound designer. Katja Rogers interviewed him during her PhD.

As a re-recording mixer, Orest’s work in shaping the soundtracks for film and television has garnered him two Emmy nominations, an Emmy award, twelve Gemini nominations, three Genie nominations, a Genie award, two CSA nominations, and a CAS (Cinema Audio Society) Award.  He is also the recipient of an International Monitor Award, numerous MPSE accreditations, and a Golden Sheaf Award. Orest has had the distinct pleasure of mixing seven films for acclaimed director David Cronenberg including Crash, Spider, A History of Violence, Eastern Promises, A Dangerous Method, Cosmopolis, and Maps to The Stars. With numerous years mixing feature films in Hollywood, his work has been influenced by a broad range of directors and producers including Barry Sonnenfeld, Judd Apatow, and Guillermo Del Toro. He has also mixed soundtracks for television series including Orphan Black, the Netflix series Frontier and documentaries from David Suzuki, to The North Face, The Patagonia and Alan Doyle of Great Big Sea.

Orest Sushko got in touch with Professor Nacke of the HCI Games Group early this year. This was particularly exciting for me as I spent last summer at the HCI Games Group as an international researcher investigating audio in (VR) games. A lot of research on the effect of audio in games has focused on the horror genre (e.g., Lin 2017, Lynch & Martins 2015, Vachiratamporn et al. 2015), as anxiety and fear are strong emotions that are easier to elicit and measure than many other emotions conveyed through narratives. With Orest’s extensive background in not only audio design but also audio design in horror movies (through his work with David Cronenberg, a principal filmmaker in the body horror/visceral horror genre), this was particularly fascinating.

I was ecstatic to have the chance to skype with Orest and pick his mind about inducing emotions through the audio in horror movies and his thoughts on using these techniques in games. As a sound designer and re-recording mixer, his job is to turn bits and pieces of sound into a complete soundtrack in a way that is “dramatically effective and convincing.” 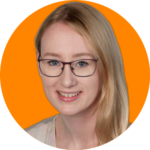 Dr. Katja Rogers is a graduate of the Computer Science Ph.D. program of the Institute of Media Informatics at Ulm University, Germany. In her graduate studies, she was a visiting scholar with the St Andrews Computer-Human Interaction (SACHI) research group in Scotland, spent a semester abroad at the National Taiwan University, and undertook two research visits with the HCI Games Group in Waterloo. As a postdoctoral researcher within Dr. Lennart Nacke's research group, her research interests and current projects at the HCI Games Group focus on the effects of audio on player experience, embodied interaction in mixed reality, how games and digital technologies can improve wellbeing and fidelity/realism in virtual reality.

Dr. Katja Rogers is a graduate of the Computer Science Ph.D. program of the Institute of Media Informatics at Ulm University, Germany. In her graduate studies, she was a visiting scholar with the St Andrews Computer-Human Interaction (SACHI) research group in Scotland, spent a semester abroad at the National Taiwan University, and undertook two research visits with the HCI Games Group in Waterloo. As a postdoctoral researcher within Dr. Lennart Nacke’s research group, her research interests and current projects at the HCI Games Group focus on the effects of audio on player experience, embodied interaction in mixed reality, how games and digital technologies can improve wellbeing and fidelity/realism in virtual reality.