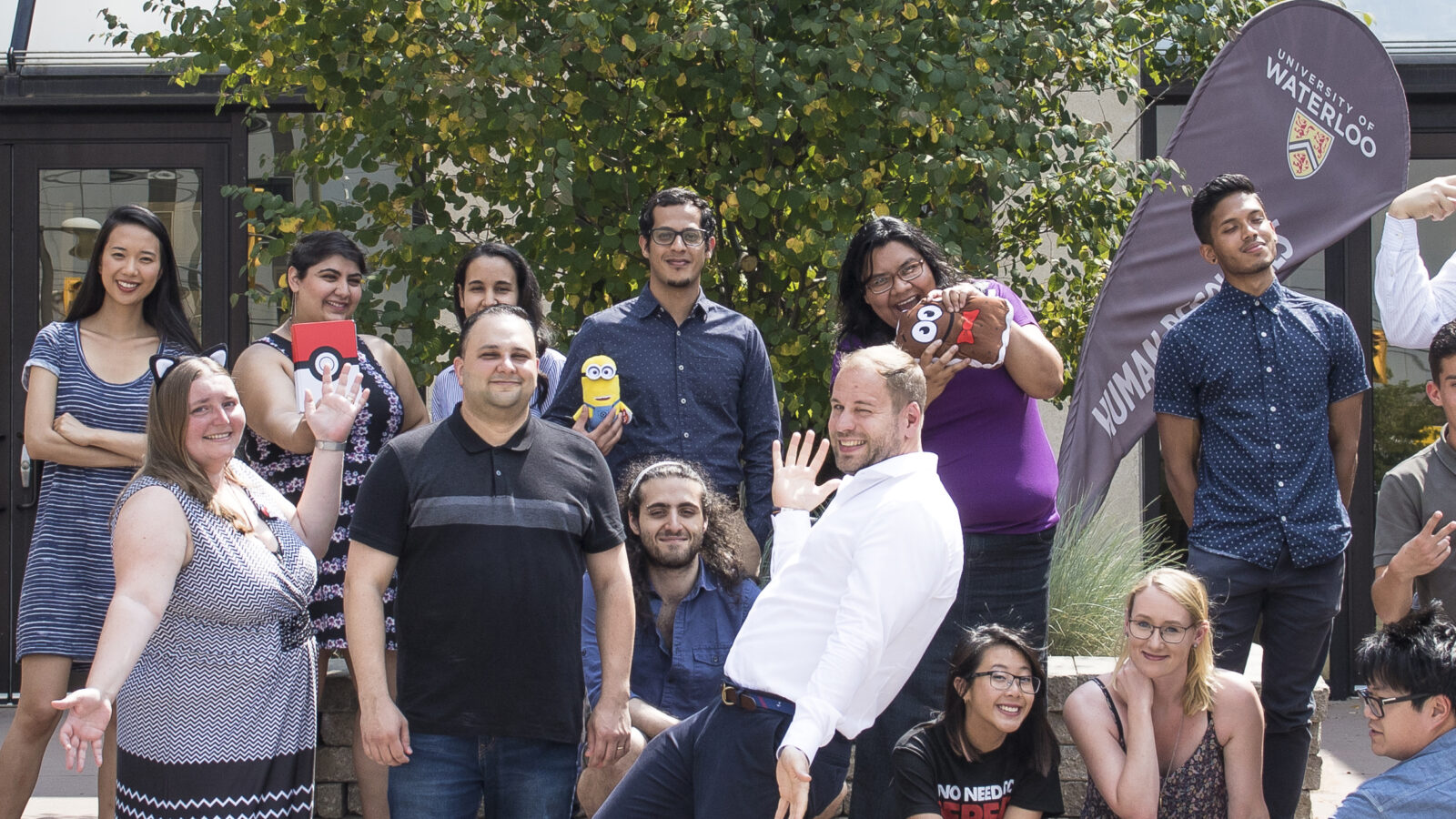 Heroes of the Storm vs. League of Legends – Part II – Player Progression

You are here: Home / News / Heroes of the Storm vs. League of Legends – Part II – Player Progression

For those just joining, please see the first article in this series for an introduction to MOBA’s and general overview of this design discussion.

With the introduction to MOBAs out of the way, we delve a little deeper…

This article in the series has been written to address one of the most fundamental design differences that exist between these two games:  The two currencies that allow players’ champions/heroes to gain access to items and more powerful abilities. These currencies also provide an in game measurement of current character strength. For those readers concerned with the respective leveling systems of each game, fear not, such concerns shall be address in the next article.

For those who are unfamiliar, the primary currency, or progression indicator, within League of Legends is the amount of total gold earned by individual players, and subsequently, teams. While total gold earned is an important statistic to consider, it should not be considered an infallible indicator of skill or certain victory. There exist a variety of other factors, some very difficult to quantify, that can lead to victories or defeats in the face of a gold lead or disadvantage.

In League of Legends, the bulk of gold earned by players (in the early game) will usually be generated from the killing of enemy minions (or neutral minions in the case of a Jungle hero). This gold in turn is what allows players to purchase items that will boost a variety of stats that will impact the damage of their attacks or spells, thereby making them stronger and more likely to win. With this being the case, and assuming sensible purchase choices in line with the playstyle of a player’s chosen champion, it is not unreasonable to state that gold is at least a partial indicator of player strength or usefulness to their respective team.

It should be noted that the use of gold for the purchase of items is extremely common within the MOBA genre, and that the majority of popular MOBA games utilize this system. It could be speculated that this is the case because early MOBAs (having been inspired by and evolved from a WC3 mod) simply adopted the WC3 gold/lumber system as the form of the in game economy. League of Legends, as well as other titles within the genre, clearly saw no need to “fix something that wasn’t broken”.

With gold being so integral to a team’s chance of securing victory, it has understandably become highly coveted, and as a result, professional players of League have developed strategies for optimizing gold income. In fact, the role of gold income has been so influential that the core design of League of Legends has been shaped around its acquisition. As an example, consider the role of the Support character in League. This type of champion will typically occupy a more passive role on the team, and find themselves paired with the Marksman (champion whose role is to deal damage) in the bottom lane of Summoner’s Rift. Early on in the development of the established metagame, it was concluded that the Marksman role required a significant amount of gold in order to access the items and builds that would most benefit their team. In order to feed the Marksman a maximized amount of gold, it was common to see Support players spend a significant portion of the game (i.e. “the Laning Phase”) without getting any CS (Creep Score) whatsoever. This trend ended up creating some problems for the overall balance of the game, as well as having a negative impact on the experience of those players who ended up in the role of Support. To address this issue, Riot was forced to change some of the available items, as well as institute new items that served purely as “gold income” substitutes. This fix culminated in the implementation of certain Support champion items that were specifically designed to give the Support player access to gold, without reducing the potential income of the Marksman player. From a design perspective, this could be considered somewhat of a superficial solution, insofar as that the attempts to remedy the situation were simply adjustments to the existing system and failed to address the more fundamental design issue.

Heroes of the Storm – Experience

Enter Blizzard, with Heroes of the Storm. Somewhat unconventionally, Blizzard decided to challenge existing tradition by instituting a new system of character progression. In Heroes of the Storm, there is no gold whatsoever. Instead, players earn Experience points in many of the same ways that players earn gold in other MOBAs (e.g. killing enemy heroes, minions, or buildings). On the surface, Gold and Experience appear to be functionally indistinguishable from each other. However, there exist a few key differences that end up playing a significant role in game pacing, quantity of teamfight interactions, and the overall player experience.

Of these differences, one of the most notable is the mechanic of “last hitting”. In League of Legends, the largest portion of a player’s early gold is acquired by successfully delivering the killing blow to enemy minions. This activity is a vital part of every game of League of Legends, and games will traditionally include a “laning phase” of unspecified duration in which players focus primarily on securing minion kills. The ability of players to successfully balance last hitting with the other objectives of the game could be considered one of the major competencies separating players of various skill levels. (i.e. Bronze from Silver from Gold league players etc.). It should be noted that gold gain is individual, and each player is responsible for securing their portion of the total team gold. In stark contrast, Heroes of the Storm does away with the last hitting mechanic entirely. Players are capable of earning Experience points and progressing their characters (and team) simply by being within a certain proximity of the enemy minions when they die. Additionally, any experience earned by one player is added to the shared pool of experience that determines the level of all members of team in question. On the surface, this appears to be a minor change. However, upon further inspection, it is clear that this fundamental design decision is highly influential on the pacing and player experience of the game.

Jaina and Azmodan transitioning between lanes.

To understand just how important this design decision really is, we first need to define what it is that makes a MOBA-type game “fun”. This question is a subjective one and the exact answer to it will vary from individual to individual based on their own preferences. Yet, it can still be argued that there exist certain actions within any given game that would be considered “more fun” than others, at least by a majority of players. The appeal of MOBA games is generally linked to intense action, fast-paced decision making, and team-oriented play, with emphasis on the skillful use of character abilities. In fact, the events that are usually considered the most “hype-inducing” of a MOBA tournament match will frequently be the artfully landed skillshot, the wrong or right initiation call, the furious high-action 5v5 teamfight, or some combination of them all that ends up deciding the outcome of a particular match.

With this understanding in mind, it is possible to consider that game mechanics which foster this type of experience for players could be considered “more fun” than those that do not. In this light, would the act of last hitting, or the “laning phase” that is so standard in League of Legends and other MOBA games be considered less fun? Stationary minions are rarely difficult to accurately strike with a skill shot, and there is certainly little decision-making involved. While a player does need to properly utilize their champion’s abilities, the destruction of a minion wave, or even several, is not very “hype-inducing”, and these actions are rarely the critical factor in determining the winner of a match.

Surely there are players that thoroughly enjoy the last hitting and laning aspect of the game and would disagree. By this point in my League of Legends experience, I too have a fondness for the laning phase, viewing it as a challenge to improve upon my successes or failures from previous games. However, for the majority of players (myself included), higher action is generally more engaging and provides a more memorable game experience. This doesn’t even consider the negative and demoralizing impact on player attitudes that seeing “low CS” on a teammate can cause, sometimes even providing the spark for the highly toxic experience that every League player has come to dread. It is in this regard that the decisions made by Blizzard to remove the last hitting mechanic, implement shared team levels, provide players with access to all three of their Heroes abilities from the beginning of the game, and other more minor mechanics (to be discussed in more depth later) significantly improve the pacing and flow of gameplay. With the removal of last hitting, Blizzard has freed players from being chained to their respective lanes for no other reason than maintaining optimized gold income. The players are now capable of leaving their initial lane choices very early on in the game, in order to pursue more important and arguably more fun goals. Blizzard also encourages a faster pace of gameplay by making certain team objectives contestable as early as 1:30. This is another point of distinct contrast to League of Legends, where the laning phase has not even begun and the majority of players (especially new ones) will end up spending this portion of the game simply waiting around.

It should be said that Experience is still an absolutely vital resource, and it is critical for teams, especially at the higher levels of play, to balance their presence in lane with their pursuit of other objectives. However, the distinction of when a player should be in lane, and when they should be pursuing other objectives is made far clearer, especially to  those new players who lack experience in the genre. Furthermore, in League of Legends, the penalties associated with leaving one’s lane and pursuing another objective can be extremely harsh, in some cases even resulting in “losing your lane”. This defeat in lane can sometimes snowball into an unrecoverable loss, and even be a turning point in the eventual loss of the game. With Heroes of the Storm, leaving your lane, or trading lanes with another player is a commonplace, intuitive, and even encouraged decision that is totally absent from League of Legends.