Recently, I had the pleasure of being invited to give a keynote at the GamiLearn conference about the five gamification languages in Tenerife. I took the opportunity to discuss some ideas that have been floating around in my head regarding gamification. In my work, I take a design-centric approach to gamification. I want to build experiences for people that help them improve their lives. Games or gameful design is one way of doing this.

The metaphor of languages is quite powerful for talking about design approaches and I picked it up from Gary Chapman’s famous love languages book (which I was reading at the time I was preparing the talk).

What is a language? What can we do with it?

Well, languages are tools for communication. Merriam Webster’s Dictionary, for example, defines languages as “a formal system of signs and symbols,  including rules for the formation and transformation of admissible expressions.” At the core, they are communication systems that we build to help us solve problems. This was particularly evident to me when I came to Spain for a research visit with my colleagues, the co-organizers of the conference, at the Universitat Oberta de Catalunya and the Universidad de La Laguna, where my colleagues consistently fell back into discussing things in Spanish when I was around them. With my little knowledge of Spanish (and Catalan for some parts), I was left to interpret the contextual signs and symbols to make sense of the discussions taking place around me. This was quite entertaining and challenging at times and helped me consolidate the idea that languages are helpful tools to build interactive systems. They allow us to communicate with one another and understand our actions and the context in which these actions are done.

In contrast to free-form ‘play’, games are goal-driven and challenge-oriented activities. Goals help you guide players towards a desired behavior and the challenges help them focus on tasks that they would not normally do. In that way, game design is opposite to UX design and usability, where we are trying to remove friction from the user interaction, whereas in games, we introduce this friction in the form of challenges (but not in form of clumsy user interfaces). Challenges also help you reframe difficult tasks to overcome them with more easy. For example, in Pokemon Go, your goal is to collect pokemon and the challenge is to get to the places that they hide. As a result your behavior (like going to places where you would not normally go) changes.

The content of the gameful experience that you are designing is very important to the success of your design approach. If you can, then you should aim to personalize the experience, so that you are tapping into the learning preferences of each user (keep in mind that games are all about learning new skills and knowledge, often the challenge of a game is in acquiring a knowledge or skill and the satisfaction of doing so fosters the fun we experience in playing games). Also, the context in which your game is played matters (Supercell’s Clash Royale gets that perfectly right with short little bite-size battles and upgrades that can be handled in little time chunks). To come back to our Pokemon Go example, the content is delivered based completely on the context, some Pokemon are only available in certain regions and gyms are found at (mostly) populated areas (for example, I caught a Kabuto in Tenerife, which is rare in some other areas).

This was the early gamification language that people learned to speak easily. Rewards, badges, leaderboards; there are many extrinsic incentives that we know from games, which are used in gamification. However, there is a risk of misaligned of these incentives with user goals, in which case they are detrimental to the effectiveness of the gameful design. Some do have advantages like badges that measure your personal progress towards a meaningful goal that you have or to give you an index of how many new things you are learning in the game. This language also includes gifts, especially those that are surprising to players and foster their curiosity. To go back to our Pokemon Go example, sometimes a Ditto turns into another Pokemon when you catch it and surprises you. Or you can see an unknown Pokemon on your map and based on its shape become curious what it is, which incentives you to walk to its location.

This relates to Bernard Suits theories about games, specifically that players need to adopt a lusory attitude (that is a willingness to play the game and abide by its rules) before playing a game. For gameful experiences to unfold, it is paramount that we are not making people play our games; this is specifically true in gamification where often there is only option of a ‘game’ that people have to interact with. With Pokemon Go, as with any other application, you have the freedom to choose when you use it and where. Reminders can trigger this interaction, but it should not be in the way of the actions that a user wants to take.

Finally, game mechanics can be seen as the ‘Latin’ of my gamification languages. Understanding this language is core to successful designs and helps you speak the other gamification languages. Mechanics drive the rule-based activities of your gamification, they are the system specifications of those rules. Thus, game mechanics include all the triggers and the logic of your gameful system. In our Pokemon example, things like how long you have to walk an egg before it hatches or the color and circumference (and animation) of the catching circle around a Pokemon (as well as its evading behavior) are all examples of game mechanics at work.

See the world of gamification as different countries (reflecting design cultures) that you travel through in your design practice and try to learn each different language to enable you to fluently and effectively communicate your design practice to your clients and other fellow designers on your team. Be aware that sometimes there are dialects and variations of these languages as the world of gamification comes in many flavors, so that you will need to adapt the core understanding that I have communicated here. It is my hope that this gamification language framework will be useful to you and make you a stronger and more successful designer of gameful experiences. 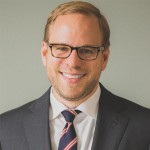 Professor Nacke teaches User Experience, Human-Computer Interaction, and Game Design at the University of Waterloo. As part of the Stratford School of Interaction Design and Business, the Department of Communication Arts, and the Games Institute, he is researching player experience in video games, immersive VR environments, and gameful applications.

Professor Nacke teaches User Experience, Human-Computer Interaction, and Game Design at the University of Waterloo. As part of the Stratford School of Interaction Design and Business, the Department of Communication Arts, and the Games Institute, he is researching player experience in video games, immersive VR environments, and gameful applications.

Designing Keyboards for an Aging Population
Next Post: My Life Has Turned Into a Nintendo Commercial